The distinguished senior curator of European paintings at Boston’s Museum of Fine Arts, Ronni Baer, has put together a compelling and instructive exhibition of 17th-century Dutch art (mostly oil painting) that focusses on complex layers of social class (Class Distinctions: Dutch Painting in the Age of Rembrandt and Vermeer, through January 18; which then reopens on February 20 for three months at the Nelson-Atkins Museum in Kansas City, MO). There isn’t a painting in the show without interest, including a heaping handful of out-and-out masterpieces: early Rembrandt, Hals (in both intimate and heroic—or mock heroic—mode), Ruysdael (those bleaching fields near Haarlem under an enormous cloud-filled sky), de Hooch (that radiant courtyard; that dim geometrical interior), Ter Borch (those glittering satins; that velvety cow suspiciously eyeing a nearby axe), a Van Dyck, and a crisp, penetrating Thomas de Keyser portrait of the Dutch statesman, poet, and musician Constantijn Huygens, father of the scientist Christiaan Huygens, who discovered the rings of Saturn—a big discovery for me. 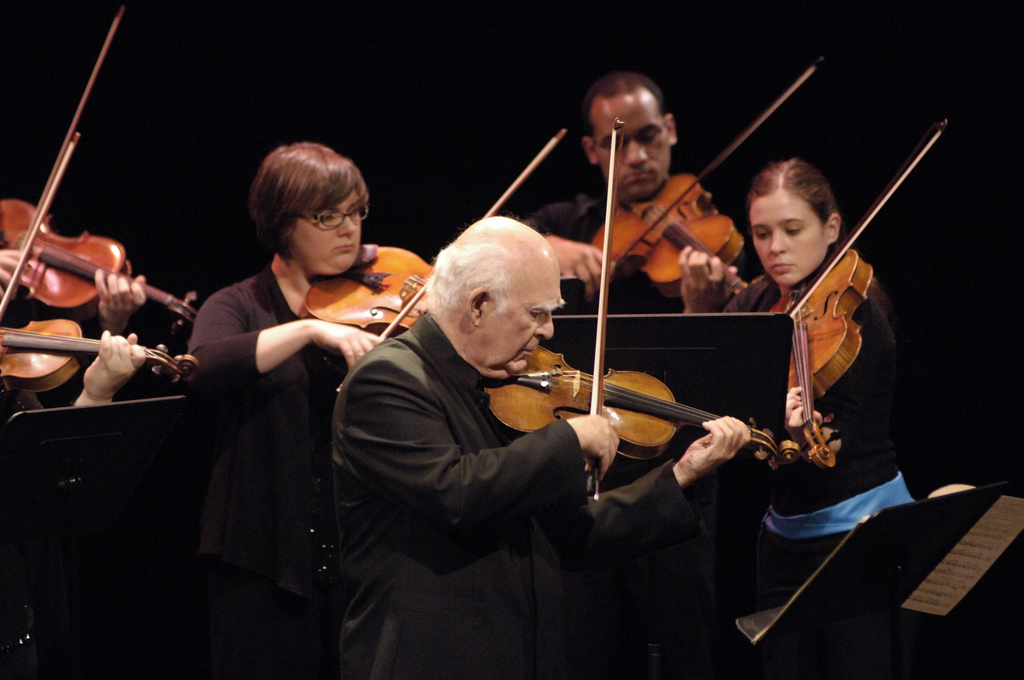 Great musical communities are very like a ladder, the humblest freshman at conservatory, right up to the geniuses at the top. Music students have a natural capacity to worship great artists. First, there is a sense of wonder that a human being can do something so beautiful with a piece of wood or a small muscle in the throat. Then they become familiars—a lesson every week, maybe eventually a first-name basis, maybe not. Then the blessed few climb, some all the way to the top. When I was in school in Boston, the rare ones at the top included the genius Seiji Ozawa, the other genius Gunther Schuller, and the late lamented concertmaster of the Boston Symphony Orchestra, Joseph Silverstein.