Hector Berlioz was early and profoundly affected by Shakespeare—the artistic boldness, the complexity and multi-layeredness of characters, the sense of human life as being involved in imponderable metaphysical currents and cross-currents. Shakespeare affected Berlioz throughout his career, as he did many of Berlioz’s contemporaries, such as Victor Hugo. The composer’s final work, the opera Béatrice et Bénédict—written soon after the epical Les Troyens, based on Vergil’s Aeneid—focuses on Shakespeare’s Beatrice and Benedict from Much Ado. The play’s Hero and Claudio are there, but simply as devoted lovers—no villainous disturbance of their affairs. There is no Dogberry and company. And though Beatrice and Benedict’s antagonism and sparring are present and crucial, the emphasis falls on their dawning awareness that they love each other, their transport into love. Berlioz mainly depicts the transformation of a given problematic couple into the ecstasies of new and unanticipated experience. The mature composer calls on all his resources of orchestral color, woozy unanticipated harmonic changes, accents off the beat, and headlong three-quarter time, or triplets incorporated into technically four-quarter time, to render desire and change and a sense of being caught up in forces beyond one’s conscious will.

To Opera Boston many thanks for bringing forward this very special and somewhat recherché work. The production has a great deal going for it, even if it falls short of perfection. The orchestra under Artistic Director Gil Rose plays brilliantly, with the score’s emphasis on brass and winds. Pacing is good, and rhythm sharp, and everything is plenty sensuous. The chorus sings really on point—a community who move things along and catch the individuals up beyond themselves. The Béatrice, French Canadian mezzo Julie Boulianne, with a face reminiscent of Fellini’s Giulietta Masina, is very touching in the role. Her big aria at the start of Act II, “Dieu! Que viens-je d’entrendre?” conveys marvelously her contradictions of feeling over Bénédict. Tenor Sean Pannikar, tall and dark, sings beautifully and is full of charm as Bénédict. Soprano Heather Buck is plain and fine as Héro, and combines beautifully with remarkable mezzo Kelley O’Connor, her companion Ursule, to sing the gorgeous protracted Duo-Nocturne that concludes Act I, ushering in the night and the principals’ transformation of feeling—O’Connor got a tremendous and deserved audience response at the end. Baritone David McFerrin is fine in the fairly small role of Claudio. Big-voiced bass Andrew Funk does good duty as the comic and larger-than-life music master Somarone (“big donkey”), who sings and leads some impressive fugal and peasant music with the chorus. Robert  Honeysucker as the military leader Don Pedro has great stage presence—little to sing, yet his sonorous voice and acting ability much appreciated in the spoken dialogue.

The spoken dialogue—here lies a problem. This production gives it in an English language version by Stage Director David Kneuss, using a good deal of the actual Shakespeare—while the music is sung in French. The effect is somewhat alienating. One gets drawn into the dialogue, then is thrust into music and singing on a quite different plane. There is a lot of dialogue, so that the production begins to feel like a stage play that occasionally bursts into song, in an alien idiom. It really would have been better to render the dialogue in French, keeping it more abstract and attenuated—and shorter—and let the emphasis fall on the music, where the feeling really lies. Moreover, most everybody (except Honeysucker) is a bit stilted in delivering the dialogue—it seems like a provincial Shakespeare production—but they become eloquent and moving when singing.

The set by Robert Perdziola has a huge backdrop like a mix of oriental screen and decayed Italian fresco (the setting is Sicily)—vaguely pastoral and innately beautiful, though a bit close up and brightly lit, with a somewhat claustrophobic effect. For the Nocturne at the end of Act I the backdrop rises up to reveal a lovely evening harbor scene with a town and lights in the distance. The story might have been better served by more romance and magic in the look of things from the start and throughout. The meticulous and colorful costumes are military for the men and 1950s party- and sun-dresses for the women—really nice to look at, though a little hard to factor in with the scenic design and the dramatic material.

In sum, a worthy production with much to enjoy and a few jarring elements. Gil Rose continues as one of Boston’s most cherished conductors and presenters of interesting music. Lesley Koenig takes over as General Director of Opera Boston, with a prestigious background, and right away makes one very glad to have her here. The company will go on this year with astoundingly good choices: Michael Tippett’s The Midsummer Marriage, and another Shakespeare adaptation, Bellini’s I Capuleti e i Montecchi.

Charles Warren studied literature and music formally and now teaches film history and analysis at Boston University and in the Harvard Extension School. He is the author of "T.S. Eliot on Shakespeare," and edited and contributed to the volumes "Beyond Document: Essays on Nonfiction Film" and "Jean-Luc Godard's 'Hail Mary:' Women and the Sacred in Film." 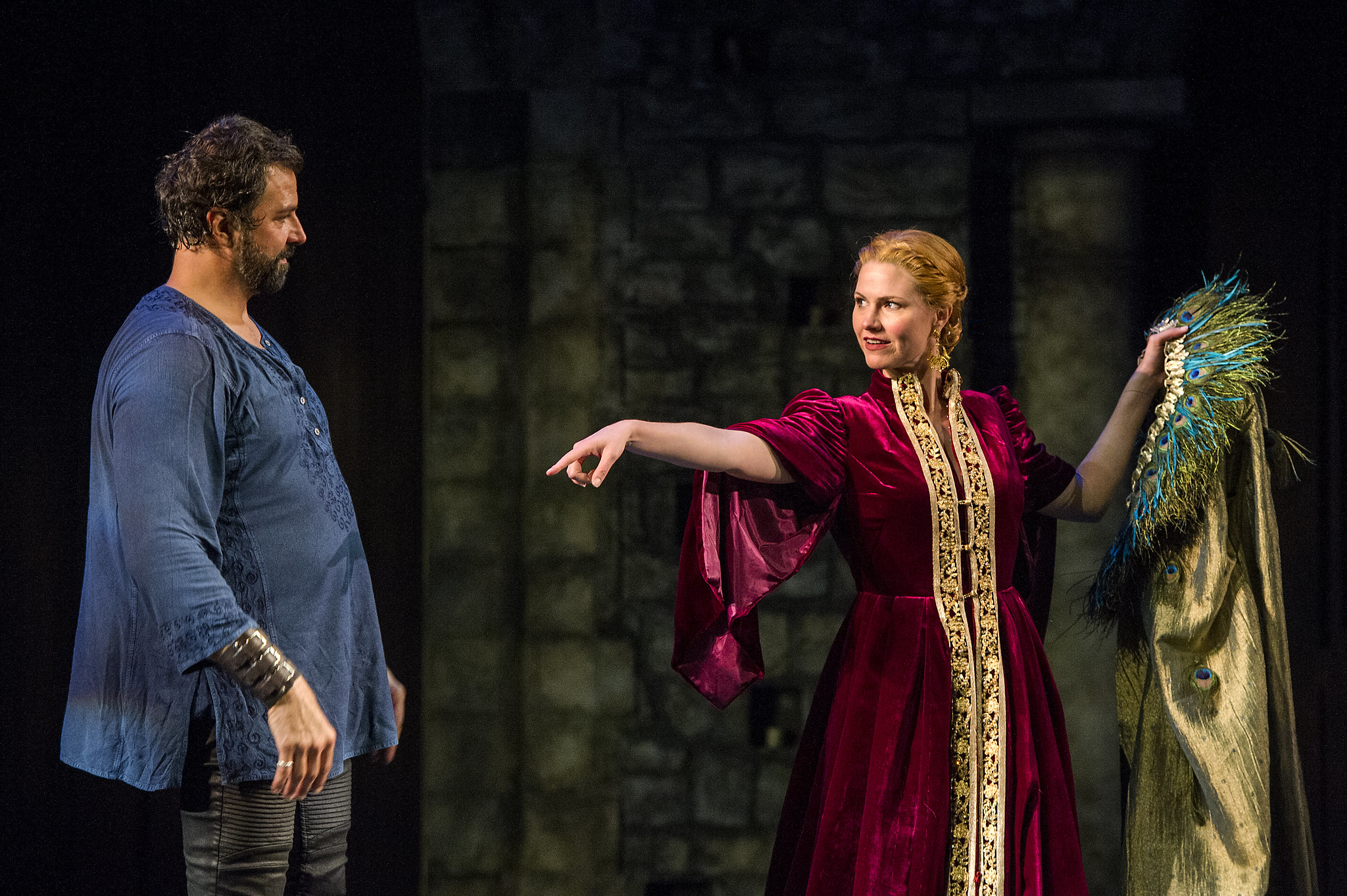 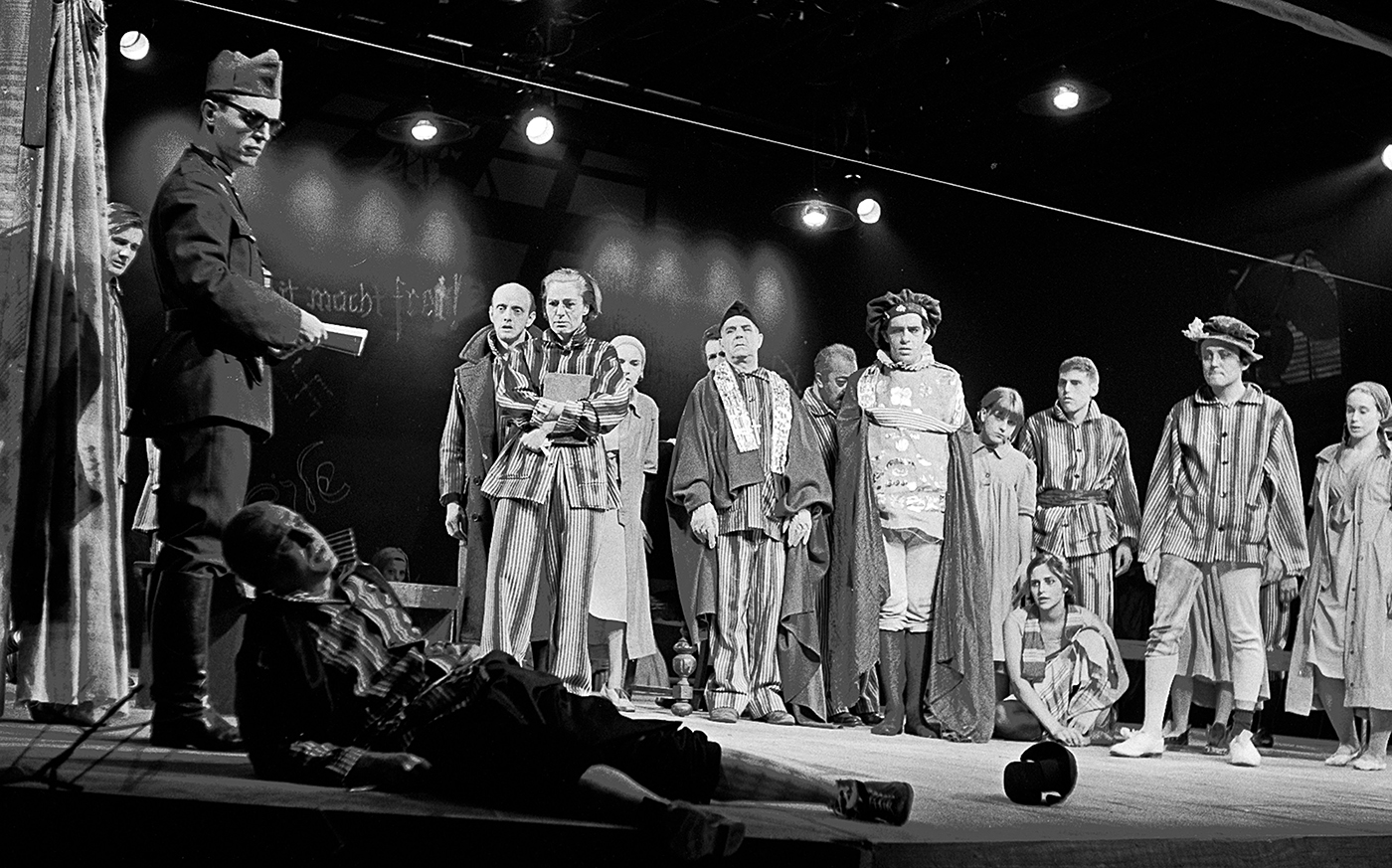 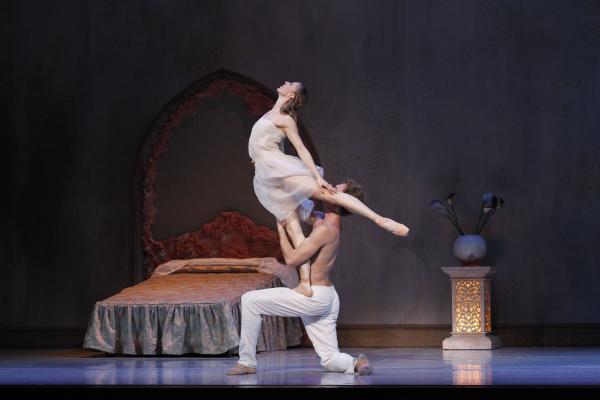