The Confidence-Man, paintings and drawings by Douglas Paisley
at Arrowhead through October 15.
The exhibition was initially shown July 6-28, 2012 at the Lichtenstein Center for the Arts in downtown Pittsfield.

When I began to receive promotional material from the City of Pittsfield about a summer-long celebration of Herman Melville last spring, “Call Me Melvile,” I anxiously surveyed Melville’s chronology in one of the Library of America volumes I have on my shelf, looking for some date worthy of commemoration by this busy series of events, and I found none. In 1812, Herman Melville was not yet born. In 1862, nothing happened, except for the continuing decline of his literary and fiscal fortunes as well as his mental state. The following autumn he was to leave Pittsfield for good, much to his sorrow, trading his beloved house, Arrowhead, with his brother for a brownstone in New York City. In 1912 Melville remained in obscurity, the Moby-Dick revival still in the future. Perhaps 1852 was the key year…? No, Moby-Dick was published the year before. It was Pierre that hit the booksellers in 1852, and I rather doubted that that would mark the occasion for a celebration, except for a few people of exceptional perception and judgment. Not many people read Pierre, and even fewer appreciate its rare qualities. Moby-Dick is the novel most commonly associated with Melville’s years in Pittsfield, because the view of distant Mt. Greylock from Arrowhead is known to have inspired his description of the leviathan, but it is Pierre that contains his explicit encomium of the mountain — as a prefatory dedication, no less. In any case, I’ll gladly drink to Pierre, published in July 1852 to universal condemnation. 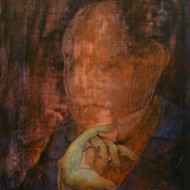 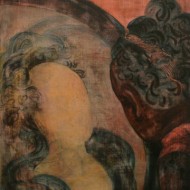 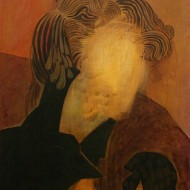 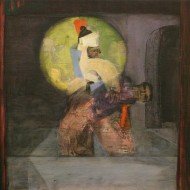 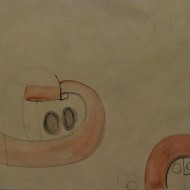 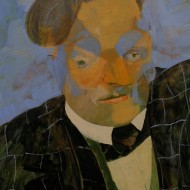 In the arts we have become excessively accustomed to anniversaries. Which have their way of creeping up on the official celebrants of these occasions — curators, art historians, musicologists, musicians — so that much of the celebratory verbiage is hastily conceived and executed. We could well live without anniversaries, and perhaps the City of Pittsfield is only to be praised for pulling this Melvillean summer out of the blue.

In any case, of the many events organized by the city, the Berkshire Historical Society at Arrowhead, and other entities, none involve scholarly conferences, symposia, or any other such exercise requiring extensive advanced preparation. The program consists mostly of artistic work — theatre, film, music, contemporary art, as well as educational programs. There is a self-guided Melville Trail, an opportunity to visit some of Melville’s favorite haunts, including Hancock Shaker Village. Beyond that, we are all encouraged to read Moby-Dick, a chapter a day online, and to “follow along” on Facebook and Twitter. Neither the Berkshire Brewing Company nor the Berkshire Mountain Distillers have offered any commemorative potations — an homage Melville would surely have appreciated.

A series of local anniversaries — Tanglewood’s 75th, Aston Magna’s 40th, and Shakespeare and Company’s 35th — have added to the season’s always frenetic activity. These are no mere rituals over a date in the life or death of some dead man or woman; they are, on the contrary, celebrations of living institutions that give the organizers, participants, and audiences a chance to look back, evaluate what they have done, and look to the future — and all the better, if there is an honest spirit of self-examining, rather than hollow self-congratulation and a passing of the hat. Under the circumstances I have only been able to attend one of the artistic events, and that one has been exceptional, in its quality, originality, and in the sincerity and discernment of its Melvilleanism.

It is fortunate that “Call Me Melville” coincided with a developed phase of a project dear to Douglas Paisley’s heart. An artist, primarily a painter, who has produced haunting, original work in a variety of media, Mr. Paisley is also a passionate reader, one who came under Melville’s spell in his twenties, after his first reading of “Bartleby the Scrivener” and Moby-Dick.1  When he loves a book and an author, he stays with them, returning to the source every year or so. More deeply immersed after reading Pierre, he discovered The Confidence-Man, Melville’s last work that could be described as a novel, published in 1857 on April Fool’s Day, which was as much an American institution then as it is today. His relation to this peculiar book is best described in his own words:

The Confidence-Man portrays a Canterbury Tales-style group of steamboat passengers whose interlocking stories are told as they travel down the Mississippi River toward New Orleans. The novel is a rich and prescient look at the resonant story of American “confidence” – in the economy, the nation, and the future – and that story’s shadow figure, the confidence man. [In it we meet a variety of] mysterious and vaguely devilish characters who exchange both money and values as they float down the Mississippi in a steamer headed to New Orleans. The characters are joined together by a shadowy confidence man who takes on disguises in order to seek their “confidence.” Through these encounters, the passengers are led to confront in what, precisely, they put their trust, as money and principles become inseparable. Melville leaves the reader in a similar position, trying to make sense of in whom or what in the narrative he should place his trust.

The Confidence-Man: His Masquerade
What do Jamie Dimon, PT Barnum, Bernie Madoff, and Ralph Waldo Emerson have in common? All have become exemplary figures in the story of American confidence – men of a type whose subtle, shape-shifting outlines are drawn in […] The Confidence Man.

For centuries, artists have depicted religious stories and mythic figures that connected their art to the cultures in which they worked. During the Renaissance, almost all subjects for painting came from the bible. Like many contemporary artists, I have wondered what it would be like to paint stories that have a similar, if not exactly religious, place in our own collective imagination. Melville has been one of my favorite writers since I first read “Bartleby” and Moby Dick in my twenties. When I began to explore this project and discovered that he had written The Confidence Man in Pittsfield as a parting shot in his failing career as an author, and that it plunges in to the often-made claim that money is America’s true religion, I was transfixed. The Confidence Man reads like some lost American Book of Genesis adapted by Kafka and Beckett for a movie starring W.C. Fields. Full of enigmatic characters and strange talk, the book has a magical, archaic theatricality that, for me, rattles out across its pre-Civil War Mississippi setting to shake hands with post-2008 Anywhere, USA.

I have not attempted to illustrate The Confidence Man. The book is too slippery for that. Instead I’ve produced a rogue’s gallery of portraits – questionable characters with no fixed address – and a series of drawings of hands that gesture to relations of “confidence.” In Melville’s book, nothing is as it appears. Which is actually sort of convenient for me, since when I am painting, I really have no idea what is going to appear from one minute to the next. A similar feeling of not-knowing attends anyone reading The Confidence Man, where the writing itself becomes a kind of now-you-see-it-now-you-don’t shell game, enacting – as opposed to describing – its subject.

Hence, we should not go into the exhibition expecting to find illustrations, portraits of the characters, or a Classics Illustrated comic book of this strange, little-read work. We see only the images it has excited in Paisley’s imagination as he paints or draws, and these are disturbing: fingers and hands without bodies, heads without faces, but with dream-like fragments of costume and attribute which establish a particular character’s presence for our eyes. Working in acrylics on board (the heads) or in charcoal and acrylics on Tyvek (the hands), these significant but mysterious signs have taken form in the course of the artist’s process. While the figures appear inchoate and even the acrylics present themselves as sketches, their oneiric realization is complete. There is no formula or project behind them. In this way the unsettling experience of reading the novel and remembering it haunts us in a foreboding even threatening way, as we contemplate them. These are people without characters, principles, or purpose beyond a random encounter with them on a steamboat. There is no divine or moral order regulating a moral story, no order at all, beyond the hermetic exchanges produced by “confidence” among strangers.

These are beautiful and disturbing images, and in these days following the Republican National Convention, it is a fitting time to ponder the Art of Confidence and the American Religion.

1 thought on “The Confidence-Man, a series of Melvillean Dreams by Douglas Paisley, now on View at Arrowhead through October 15”