The program was dazzling but also didactic, displaying Rattle’s streak as television educator on the BBC. It began with a clever device. Ligeti’s Atmospheres was played to its hushed conclusion, then Rattle beat a measure of silence before proceeding seamlessly into the Prelude to Act 1 of Lohengrin. Two examples of light-as-air orchestration were thus linked, with the additional suggestion that Wagner’s ethereal evocation of a holy knight descending to earth was paralleled by a modernist attempt to portray light as evanescent sound. Still Ligeti’s most popular orchestral work, due to its inclusion in Stanley Kubrick’s 2001: A Space Odyssey, Atmospheres reminds one that the composer had the most adventurous ear of anyone back in the Fifties and Sixties, no small claim. As a study in what he called “micropolyphony,” Atmospheres is textured like fine lace, and at times the string playing verges on silence, making you lean forward to detect the faintest glow of sound – at those times son et lumiere are one.

Going to Berlin turned Rattle into a Wagnerian – also a Brahmsian – which was all but written into his contract. His predecessor, Claudio Abbado, had to swallow the same pill, and neither was given any leeway. Their personal inclinations didn’t matter in the wake of Furtwangler and Karajan, who had made Wagner and Brahms twin peaks in their monumental careers. This night’s Lohengrin Prelude was an exercise in sublime sound more than anything else, and since the music portrays a single celestial mood, that was more than good enough.

The first half ended with the enigmatic Sibelius Fourth, a symphony so loosely attached to formal theme-development-recapitulation-coda that only the Scherzo pays attention to it. The rest seems more like three tone poems strung together, and even then the themes are brief mottoes that creep in and out of the forest light. As an extension of Rattle’s teaching, the Sibelius worked very well after the Ligeti and the Wagner. This was a chillier light being portrayed but sacred in its own way; Sibelius’s reputation rises and falls depending on whether Nature worship and the wisdom of trees are taken seriously. The Berliners learned to play this music on a vast scale under Karajan, unlike the more restrained approach of Colin Davis over the years. Such sumptuousness both hurt and helped on Thursday night. The symphony’s orchestration became a deep, resonant palette, while the privacy of Sibelius’s reverie was made into a huge public utterance. When you were engulfed in beautiful sounds, nothing else much mattered.

Clarity of purpose matters a lot in Debussy’s Jeux, however, a work that entirely baffles me. Is it a masterpiece or a mess, the glittering climax of impressionism or a shower of confetti and ticker tape for a parade that never appears? Rattle brought out snippets of dance – a hint of Spanish castanets, a carousel waltz at the end – and clarified all the textures. But for me, Jeux is embroidery in thin air, and during its twenty minutes I tried, in futility, to imagine how Nijinsky ever choreographed it as a tennis game. Ghosts doing rhythmic gymnastics would be closer to home. My companion suggested that the music tells a romantic story, moving from shy, skittering flirtation to warm embrace. If you say so.

The evening ended with a warhorse, Ravel’s Daphnis et Chloe Suite no. 2, done impeccably. As with everything else, Rattle’s approach could have used more rigor and spine, less mesmerizing beauty of sound. Such beauty becomes narcotic when delivered for its own sake. An extraordinary moment occurred as the audience erupted in ovations for the Ravel. Rattle bounded off the podium and rushed through the orchestra to embrace first flutist  Andreas Blau in a bear hug. Blau looked pleased, and the crowd was thrilled. Rattle has introduced a new egalitarianism between conductor and orchestra. Maybe this was an extreme example – what about the musicians who weren’t hugged? Do they pout? But Blau stood out, even in a galaxy of first-magnitude stars, and the Berliners left the stage confident in their position as the brightest constellation in the evening sky. 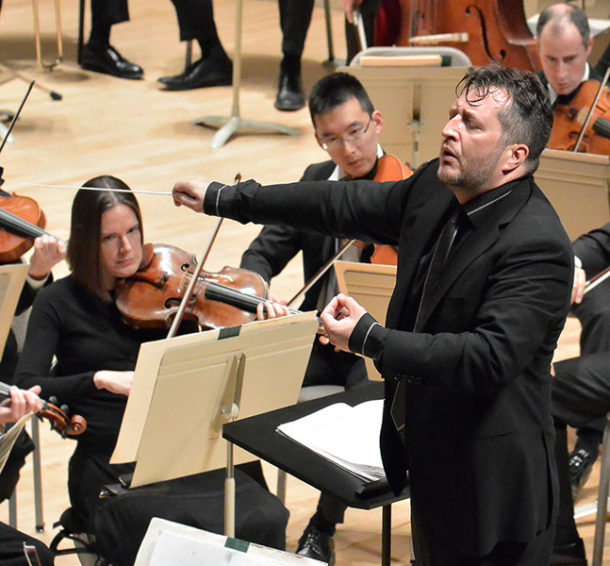 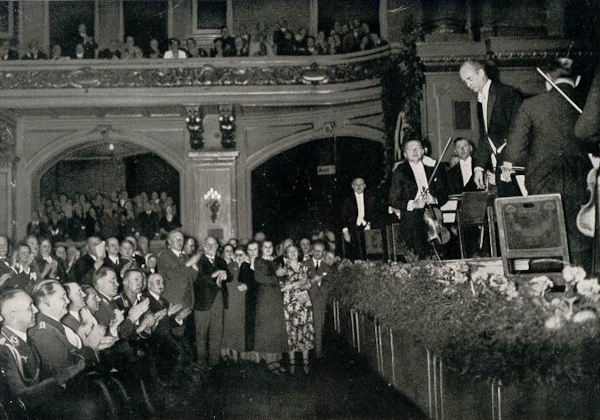 Das Reichsorchester: The Berlin Philharmonic and the…
November 12, 2009 2 Comments 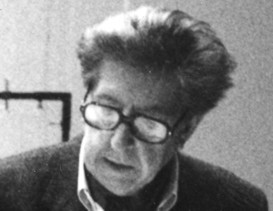 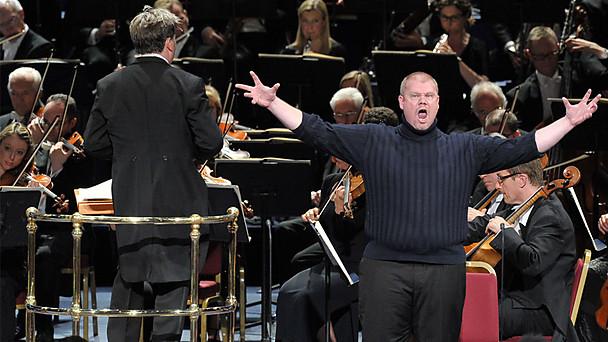 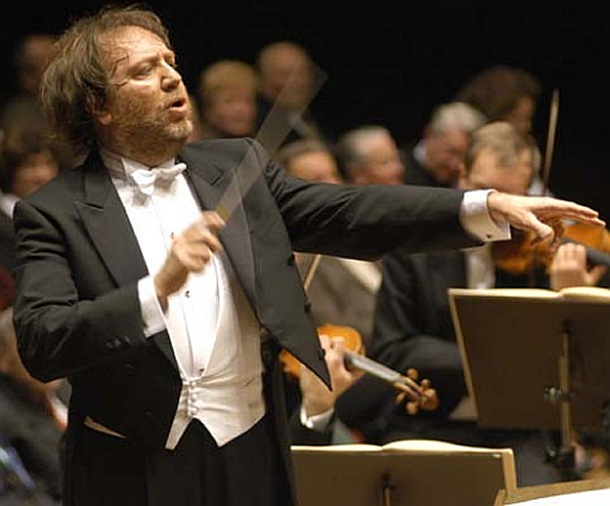