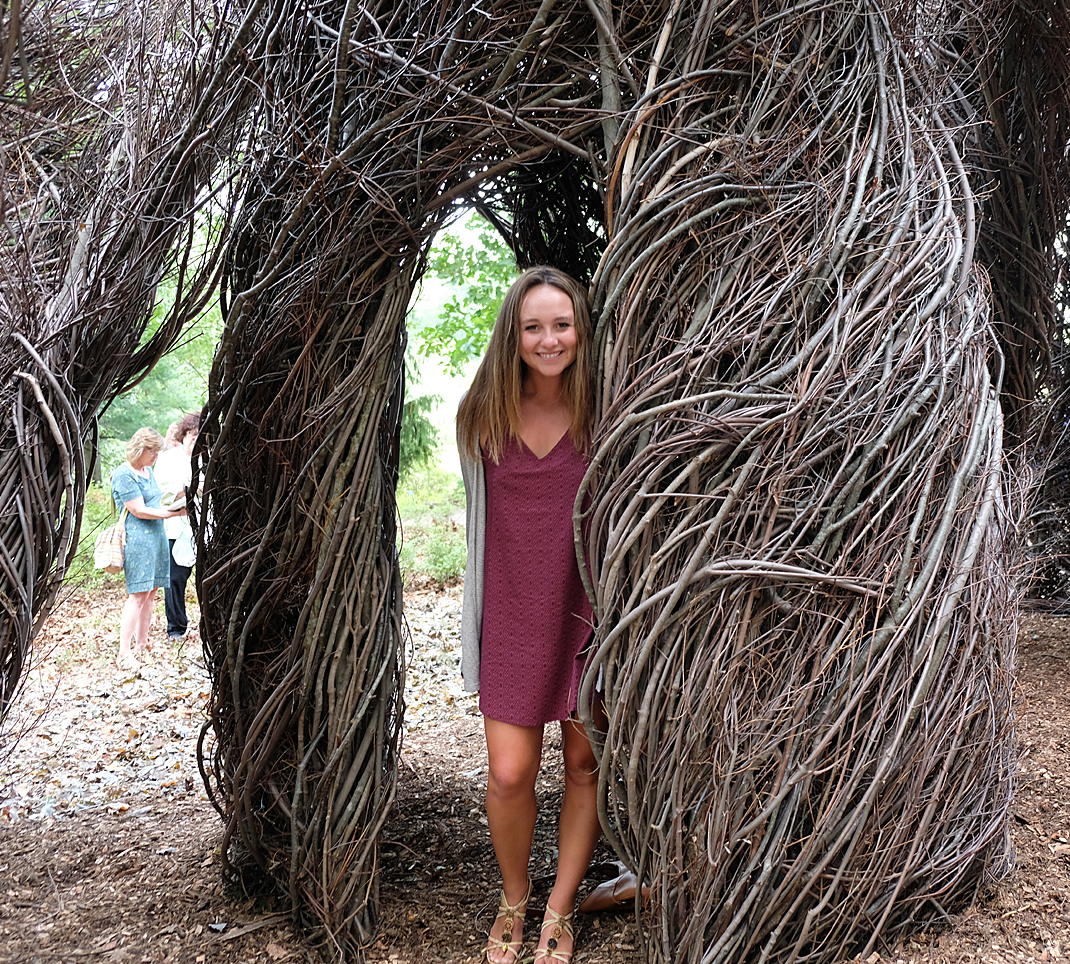 Patrick Dougherty has been making popular installations over a 30-year career in the tradition of Earthworks. Raised and educated in North Carolina (he resides in Chapel Hill), he began with a hand-crafted house in the 1970’s and a decade later was showing human stick figures positioned or standing in chairs. His first works were displayed in art galleries and at art centers before he became engaged with architectural follies that are often massive structures that leap from tree to tree, cover facades of buildings, or stand as independent houses or similarly monumental forms. His output in the past decade numbers nine to ten installations a year—each occupying about three weeks of uninterrupted effort. As well as the hundreds of sculptures in the United States, his work has been enthusiastically received internationally in almost every country in Western Europe as well as Japan and South Korea.