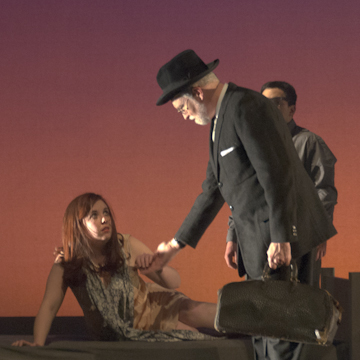 Our first Edinburgh Festival and our first visit to Usher Hall opened with a delightful surprise. We didn’t have to get very far into Mozart’s Idomeneo for me to realize that the acoustics of the hall are surpassingly beautiful. The Scottish Chamber Orchestra, playing period instruments, and the singers floated in a warm acoustic atmosphere, but the sound was also direct and present, so that the attacks of strings and brass and the fleeting nuances of the human voice were as clear as you could want them to be. Our seats were also several rows in the Grand Circle and well covered by the level above. In most halls the sound becomes rather muffled in that kind of situation, but, when I noticed that I was surrounded by fellow critics, I assumed that the Festival media representatives knew what they were doing. More importantly I loved what I heard.