This handsome, modestly (and conveniently!) book was put together with a light, subtle hand, artists’ hands, and the reader will be immediately seduced by the striking photographic work which is its primary raison d’être, but Human Documents: Eight Photographers was founded on a precise argument, which Robert Gardner makes quite clear with his spare, patrician prose in the introductory essay. Eliott Weinberger introduces variations on it (as well as further points of view of his own) in his supplementary essay, “Photography and Anthropology (a Contact Sheet).” The book is intended to bear witness to the connections between photography and anthropology, and both Gardner and Weinberger discuss the historical background to this inevitable, but not always easy relationship.

You will find absolutely no scarcity of books about the Hudson River these days: guide books, history books, ecological books, picture books. My purpose here is to discuss two examples of the last category, Scenic Hudson’s panoramic Rizzoli volume with photographs by Greg Miller and Stanley Lichens’ intimate book of hand-colored black and white photographs. These are by no means the only photographic collections of the Hudson on the market, but they have come to my attention in their own ways, and they illustrate two radically different modes of seeing this familiar, but, as Henry James said, “perpetually interesting” river—especially interesting today, as its hard-won cleanup progresses, restoring somewhat the Hudson that James, and even earlier, proto-industrial visitors knew, if still a far cry from the Hudson of Washington Irving.

The Queen Mary 2 is a floating retirement home, but if you need a break from your frenzied life ashore the Isle of Manhattan, retiring for a week isn’t such a bad idea. The QM2 is no ordinary cruise ship. Cunard, the same company that built the Titanic, constantly makes the distinction that the QM2 is a voyager, a cruise ship is something else entirely. She is not only the greenest, most technologically savvy ship on the sea, she is also the sexiest ship ever built. 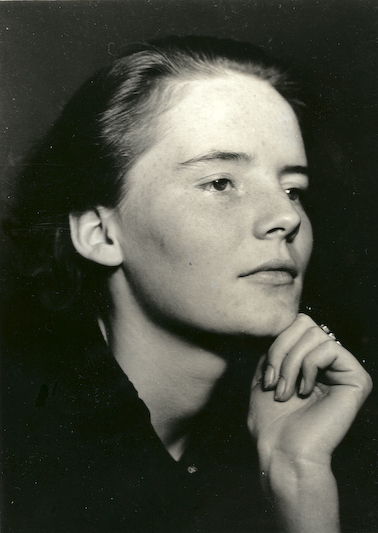 I met Charis Wilson last summer at her friend Don’s house in Northern California. Charis, 94, wore black pants and a purple sweater and sat sprightly in a wheelchair. Her short hair was straight, smart, and delicate. She wore a purple headband and two bright blue hair combs. I immediately recognized her luminous face from Edward Weston’s photographs, taken over 70 years ago.

One of the most absorbing and challenging exhibitions in the Northern Berkshires this year has been Nude & Naked at the Brill Gallery in the Eclipse Mill in North Adams. Densely hung in a dynamic arrangement, the prints, of many different sizes, ranging from Roy Volkmann’s enormous “Seraph” (41 x 45 in.) to Lucien Clergue’s intimate abstractions, which at 8 x 10 in. seem like miniatures, do more than present a series of beautiful or provocative examples of this classic genre, it poses an extended visual argument about how the ten photographers in the exhibition see the nude and about how we see it, that is, anyone who makes the decision to enter the Brill Gallery and spend an hour or so with these images. (Looking at oneself in the mirror in another thing altogether). Some are beautiful; some are ugly. I have my own ideas about which are which, but I doubt many people would agree with me. Every visitor will have his or her own opinion, and this is most definitely a show to arouse discussion—which is the best kind, in my opinion.

In posterity Scott Nearing (1883-1983) has led a double life of sorts. In the rural areas of southern Vermont and coastal Maine, where he spent the second half of his century, a virtual cult surrounds his memory and that of his wife Helen, as pioneers of the Back-to-the-Land Movement, which was decisively influenced by their book, Living the Good Life, and its sequels. These remain popular with even the most suburban-minded second home buyers as guides to country living. While the movement flourished most purely and most intensely in the 1960’s and 1970’s, it continues today, focused around the environmental movement, and exerts a significant influence on at least certain aspects of how many of us live, even in places like Cambridge, Park Slope, or here in Williamstown. The Nearings’ teachings about simple, self-sufficient living in rural surroundings and their ideals are perpetuated by The Good Life Center at Forest Farm in Harborside, Maine, their last home.

The exhibition will be on view daily from 11 am to 5 pm through November 2, 2008. At the Old Deerfield Summer Craft Fair on June 21 and 22, tintype photographer John Bernaski will demonstrate his craft for the public. Admission to the nineteen exhibition rooms on art, history, and culture in Memorial Hall Museum, 8 Memorial Street, Deerfield, MA, is $6 for adults, and $3 for youth and students 6-21. For more information call 413-774-3768 x 10 or visit the Pocumtuck Valley Memorial Association’s website. Click here for a gallery of highlights from the exhibition.