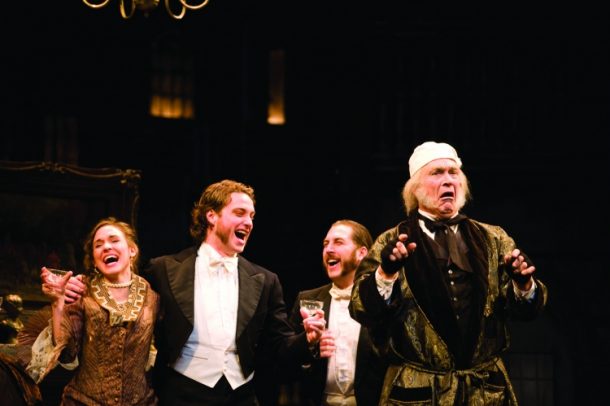 Something compels me to go to the Berkshire Theatre Group’s A Christmas Carol late in the run. I hear two powerful forces—exhaustion and nostalgia—in the actors. This latest performance had both of these. I sat first near the back of the hall. One could often hear sounds of approval, quiet sounds, surprise after surprise from the children in the audience. These sounds were in the air when the stage was distant. After intermission I sat in the third row, and I could sense palpably the camaraderie of the actors in their last performance. Eric Hill has built a version of the story which tells the tale smoothly, not wading through the usual bumps that adaptations leave. His willingness to listen on stage gave the whole production a flavor. 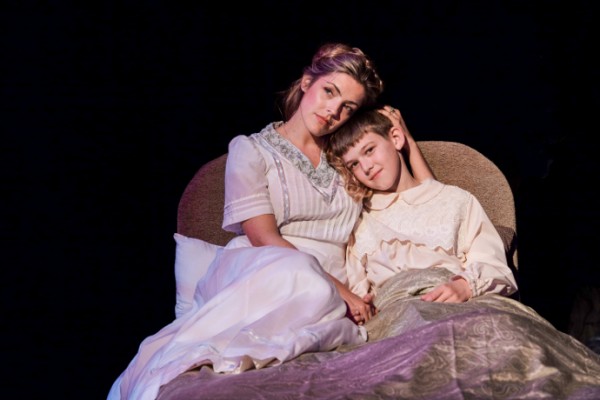 My weekend has been dominated by children, their thoughts, and my thoughts about them. Charles Dickens, a passionate admirer of little ones, finds his most searing location for them in his beloved A Christmas Carol. Even the death of Little Dorrit lacks the resonance that this short novella has shown. The attachment with Christmas is clearly one reason, but the theatrical bent of the writing, reflecting Dickens’ passionate interest in acting, begs for a physical realization. Version after version has hardened us to the difficulty of undertaking such a task. Prose on the page is very different from words on the stage. Dickens cushions speech in each of his novels with plenty of before and after richness, passionate in its empathy for their plight.