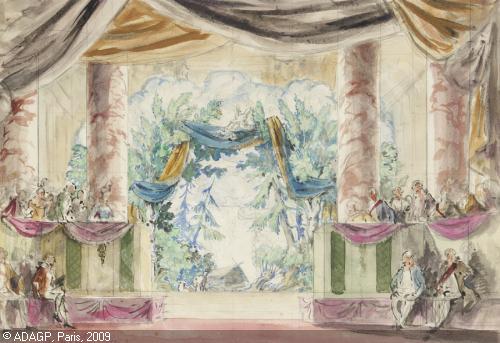 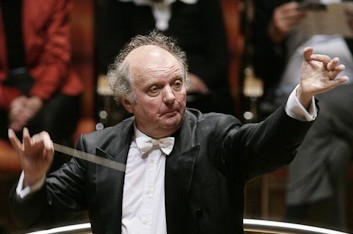 Since his renowned 1980-83 recording of Wagner’s Ring with the Dresdener Staatskapelle, Marek Janowski has acquired a cult following, especially in Wagner, not unlike Jascha Horenstein or Reginald Goodall. His steady, active tempi and decisive phrasing evoke an older performance style which goes back, it is thought, to the days of Richter, Seidl, and Mottl. Janowski, when asked if he studied historical performances of Wagner expressed his devotion to Wilhelm Furtwängler and an admiration for the Bayreuth performances of Hans Knappertsbusch, which, he points out, are not at all as slow as is generally thought. Janowski’s own mentor in conducting was Wolfgang Sawallisch, who left an easily noticeable mark on Janowski’s mature style as a conductor, with his restraint and and constant vigilance over orchestral balances, as well as the balance of dramatic flow and structure. In fact, there is a good deal in common that one can hear in the performance under consideration and Sawallisch’s 1961 Bayreuth performance. “Ein guter Meister…”

I am quite excited to announce the publication of the inaugual issue of the North American Opera Journal (NAOJ), not…

Strained relations. Wagner’s Ring cycle was once famously described (by Dietrich Fischer-Dieskau, I believe) as a family quarrel. At least it’s more than that, which might not be true of the plot to Verdi’s troubled, vexing, and beautiful Simon Boccanegra. Like several other operas in the Verdi canon, it comes to us as a late revision of a failed early work. Yet even though the revision called upon the considerable talents of Arrigo Boito, who coaxed the aged composer to write Falstaff and Otello by supplying him with irresistible words, Boccanegra is indecipherable. If your child can solve Rubik’s cube, give him this story to untwist. More of that anon.