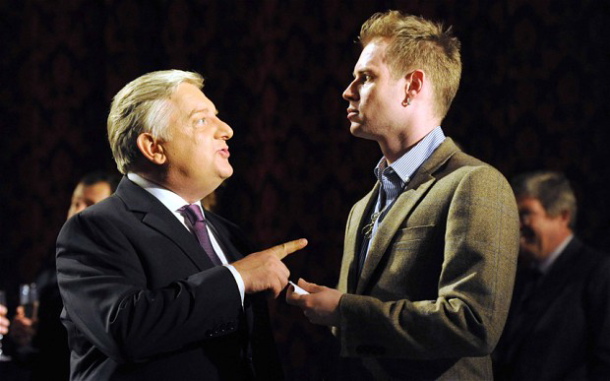 Grab a beer and a bowl of pretzels when you sit down with The Big Short by Michael Lewis. You’re not just reading a book, you’re going to a game – a big, ugly, but oh-so exciting game. Lewis reports the causes of the current financial disaster with all the passion, pacing and testosterone of John Madden calling NFL plays – not surprising from the author of The Blind Side and Moneyball. He makes a complicated story easy to understand (most of the time) and takes us inside the heads, souls and maneuverings of several fascinating players.