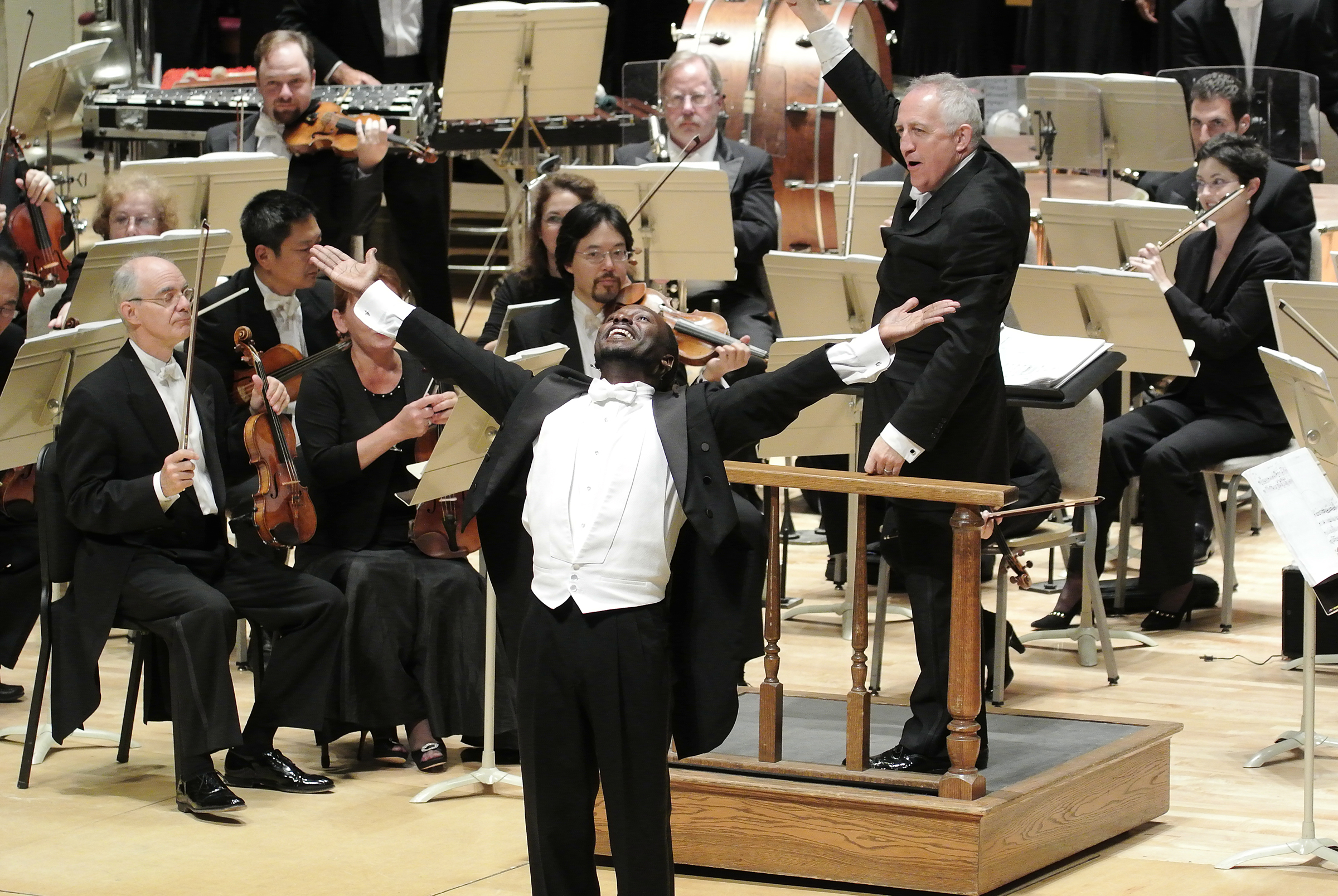 Cambridge’s American Repertory Theater production of Porgy and Bess, bound for Broadway later in the fall, makes for an evening of very professional, polished theater, with a compelling dramatic presence on the part of the two principals. It is altogether not as moving or exciting as it should be—more of that later. But the show is attractive in many ways, and on the official opening night, September 1st, the audience leapt to its feet at the end and applauded long and hard. Everybody onstage sings and dances very well, and everything is carefully coordinated and flows easily along (choreographer: Ronald K. Brown). Natasha Yvette Williams as Mariah the imposing senior woman in the African-American “Catfish Row” community, and David Alan Grier as Sportin’ Life, the outsider prosperous drug pusher, were especially vivid among the supporting cast—Grier did mesmerizing and almost show-stopping turns with his numbers “It Ain’t Necessarily So,” speaking against religion and conventional morality, and “There’s a Boat Dat’s Leavin’ Soon for New York,” seducing Bess away at the end. But all the cast were focused and effective when coming to the fore—Nikki Renée Daniels as Clara opening the piece singing “Summertime” with a real infant in her arms, or Bryonha Marie Parham as Serena, widowed by a violent crime and turning to religion.