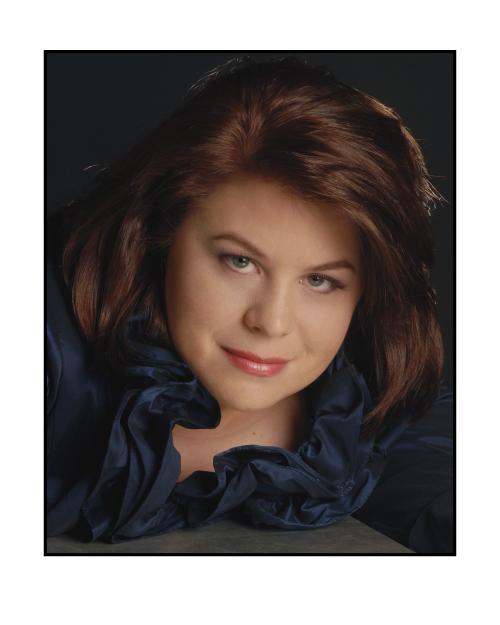 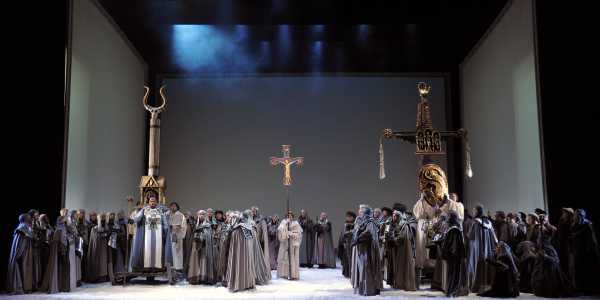 This year’s production of Richard Wagner’s Lohengrin was only the second mounted by the Lyric Opera of Chicago in its history. The Ring, Tristan, and Parsifal have been seen multiple times on Wacker Drive since the 1950’s, but what is usually thought to be Wagner’s most accessible opera was not performed until 1980, a pedestrian premiere memorable only for Eva Marton in her prime as Elsa. The psychological complexities of the later works have generally commanded more attention in the post-war musical world, and the fairy-tale Lohengrin inevitably began to seem old-fashioned, a victim of jokes about Slezak and Melchior hauled upstream by swan boats. But Wagner achieved in Lohengrin a purity of lyric expression, both tender and ardent, not found in any of his other compositions, and always a pleasure to encounter again. Perhaps rightly, it was the Italianate Lohengrin of Plácido Domingo in 1984 that drew the serious attention of New York audiences back to the piece, and then Ben Heppner and Deborah Voigt in the controversial 1998 production conceived by Robert Wilson. That staging cut through accumulated theatrical tradition by adopting a highly stylized Kabuki-like form, both in the sets and the singers’ movements. (Ben Heppner has claimed that his vocal problems began with this production and the unnatural singing positions he was forced into.) What Lyric Opera audiences saw in February and March was, as is usual in Chicago, hardly so challenging.

This season Tristan has returned as a vehicle for Deborah Voigt, who sang her first Salome in the house two years ago. She appears in the production by David Hockney originally conceived for the Los Angeles Opera in 1987. The artist’s creation of child-like fantasy worlds can be effective in an opera like Turandot. But there is no more adult work in the repertoire than Tristan, and Wagner’s drama was not well served by these sets and costumes. The saturated primary colors, the cardboard cut-out swords, the Christmas pageant king – I found all of it a fourth grade distraction from the musical and philosophical seriousness of the piece.