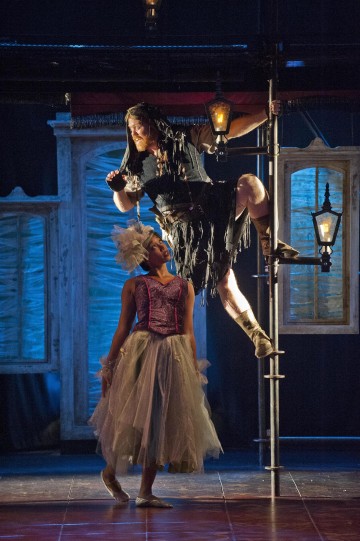 Tony Simotes’ location for Shakespeare and Company’s A Midsummer Night’s Dream was a voodoo-haunted New Orleans. The best part about his production was he gave it to us straight. The supernatural characters, Oberon and Titania, were clarified and humanized into something that almost approached matter-of-factness. This made me hear the play very differently. The set was bright and golden; the action direct. The rustics, for once, did not overplay, and Bottom the Weaver, in a beautifully-heard dream speech took us on a journey into mystery and something beyond the bright, clear world the production favored. It was clarifying to see a straight-out production which was at ease with its eroticism, more interested in direct energy. 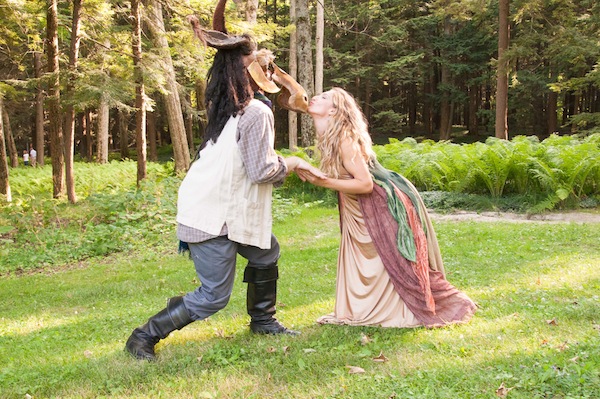 Die to Live — says the Priest to the falsely accused Hero at a crucial moment in Much Ado About Nothing, and so ushers in a new perspective in Shakespeare’s comedy. We already hear intimations of it in those lines of A Midsummer Night’s Dream, called “Bottom’s Dream.” The buffoon recalls that he has had a vision “past the wit of man to say what his dream was.”

The life and career of Henry Purcell (1659-1695), the colossal figure who dominates the history of English music, occurred at the chronological mid-point of the Baroque, a period whose leading and most distinguishing genre is opera. And yet, opera never took root as a native product in English cultural soil. For that it had to wait until Purcell’s distant successor, Benjamin Britten, appeared on the scene two hundred and fifty years later. Twenty years after Purcell’s death, Handel arrived with his succession of exotic opera singers: Italian divas and castrati who swooped in like birds of paradise warbling their outlandish roulades and then vanished. The taste for such entertainment lasted at the most 25 years. Meanwhile, Purcell wrote only one true opera, a tiny gem that was held to be the only crown jewel for centuries, the miniature Dido and Aeneas of 1689. (John Blow’s fine companion piece, Venus and Adonis of 1701, still has not established itself in the canon.) And it was written for a girls’ school run by a dancing master, or at least its first documented performance occurred in this context.

Glyndebourne is only a quarter of a gas tank away from London, but a good seat at this swanky summer opera costs as much as four barrels of crude oil. It was a privilege, therefore, that Glyndebourne’s current production of Purcell’s masterpiece from 1692, The Fairy Queen, travelled to the Proms for one night. They couldn’t bring the scenery and the stage mechanisms, which are strange and lavish to judge from photos online, but we got everything else. London reviewers were agape at the marvels of Jonathan Kent’s production, so I was eager to see how an epic chamber opera, for that’s what this is, would translate in the wide open acreage of Albert Hall.