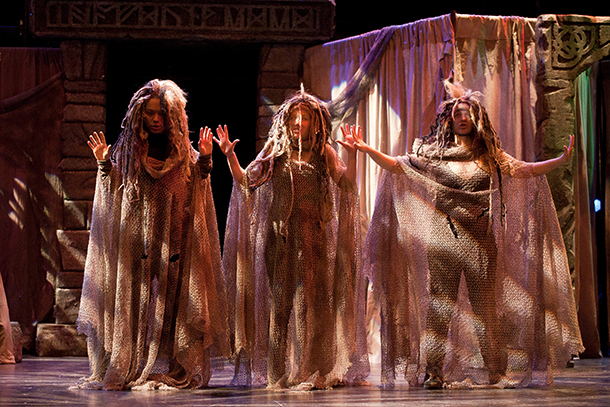 Shakespeare’s Macbeth and Schaffer’s Amadeus are fundamentally monologues. Even as arresting a character as Lady Macbeth is given a relatively short part. As the play nears its end, she is effectively eliminated with only a short sleep-walking scene allowed her. Salieri, in Peter Schaffer’s Amadeus, basically tells the story he is the main actor in. Mozart is given considerable stage time, but even his most tragic appearances are always book-ended with dry ice comments, increasingly cold, from Salieri. Why? These two masterpieces have mostly to do with the power of narrative, how the story is told. How it is told becomes continually becomes the main character. Central to any kind of narrative predominance is the ever-present passing of time. Macbeth’s time moves rapidly, at a headlong pace. Salieri’s time drags along on a path of morbidity, and at the end he cannot really die. Interruptions to the flow of time in both of these dramas are quickly dispatched or folded into the larger narrative structure so that they seem excrescences.  I looked forward to Shakespeare and Company’s touring performance of Macbeth because Sean Kazarian was a terrific Mercutio a couple of years ago on a similar tour.