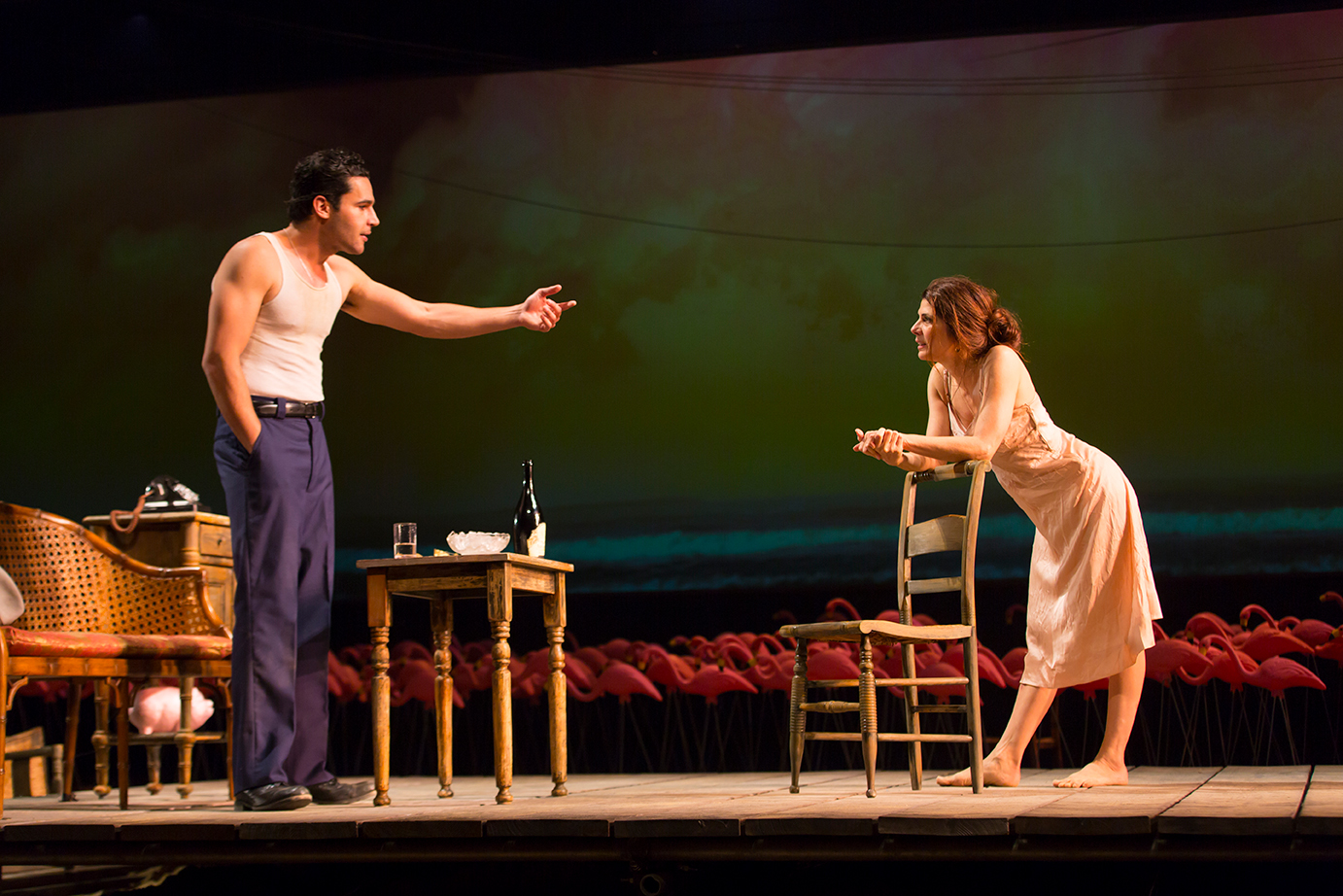 Touch(ed) is a terrifically effective and well-constructed play by a young actress and playwright who has managed to gather an impressive amount of experience in some very good places: after Harvard College and the Yale School of Drama, she has spent four previous seasons at the Williamstown Theatre Company. Director Trip Cullman [third WTF season] is a Yale School of Drama graduate, as is Emily Rebholz, costume designer. Andromache Chalfant hails from Tisch, and actor Michael Chernus [second WTF season] from Juilliard. There was a tightness and consistency about the various elements of this show that made me wonder about the connections among the principal creative forces. There is something seriously encouraging about such a successful creation coming from top Northeastern schools. It doesn’t always happen.